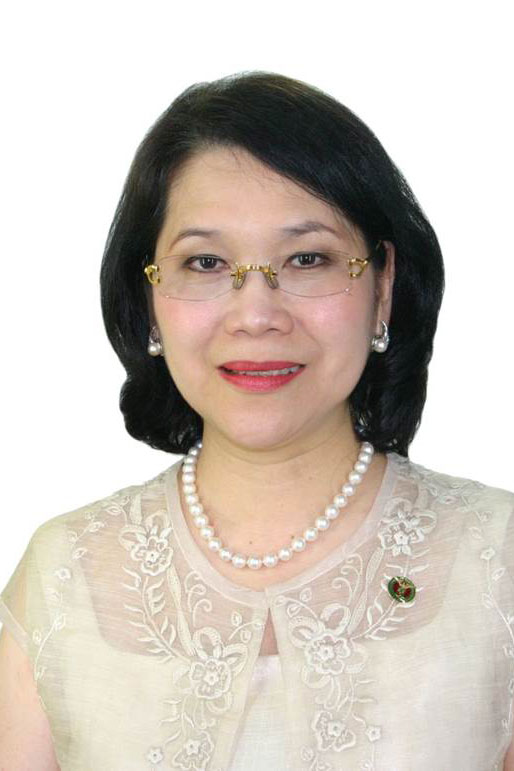 An academician of the Philippine National Academy of Science and Technology and Professor at the Marine Science Institute, University of the Philippines Diliman, Dr. Concepcion was appointed in 2011 Vice-President of Academic Affairs of the UP System. In 2010, she was appointed as Program Coordinator for Biodiversity Research of the Philippine Genome Center of UP System. Among her notable awards are the Dr. Amando Clemente Award, Dr. Eusebio Y. Garcia Recognition Award for Molecular Biology & Molecular Pathology, 2005 Republica Award – Zonal Winner for Natural Sciences, NAST-LELEDFI Award for Outstanding Research in Tropical Medicine, 2006 Gregorio Y. Zara Award for Basic Research, 2007 NRCP Achievement Award in Chemistry and 2009 Paz and SeverinoKoh Lectureship Award in Science. At the present time, she has already mentored seventeen graduate students in the chemical, biological, biochemical, molecular biology and marine biotechnology disciplines. From 1995 to 2008, she has been a recipient of twelve research grants for her projects in marine natural products and biotechnology and related biomedical researches.

Dr. Concepcion is known for her tireless efforts in spearheading the Philippine American Academy of Science and Engineering (PAASE) campaign to acquire more significant government support for S&T. The lobbying resulted in the allocation of P500M for the UP Diliman-based National Science Complex (NSC) and more funding for MS and PhD scholarships. The total funding to date for the NSC is P1.7billion. Lately, she worked to simplify the Balik Scientist Program process so that our foreign-based scientists could return as Balik Scientists to add to the mentoring capabilities of our universities. She continues to help improve the research capabilities of many colleagues in the science community, not just in her home institution, by managing the Biophysicochemical Techno Incubation Core Facility of the National Science Complex, making available to thesis students and researchers equipment required to pursue their research. Her efforts to increase the science awareness of the general public is best exemplified by the weekly Philippine Star column STAR SCIENCE which was her brainchild and which she has continued to run for more than six years with articles contributed by her and fellow scientists. More recently, she established and has been co-editor of the online, free access, broad coverage, scientific journal PHILIPPPINE SCIENCE LETTERS (PSL), which aims to showcase the work of Filipino scientists here and abroad. PSL is well-patronized by scientists from UP and other universities and is now ISI-listed.

In research, together with local and US collaborators, her group has isolated and reported the greatest number of significantly bioactive marine natural products in the country which is reflected in 70 publications. In the DOST-funded AMOR (Antibody and Molecular Oncology Research) program, she succeeded in producing antibody-targeted drug delivery-packaged marine compounds, determining their cellular and molecular targets and showing proof of principle or efficacy in an animal model. She currently leads the DOST-funded PharmaSeas Marine Drug Discovery Program and the local component of the Philippine Mollusk Symbiont-ICBG program funded by the US NIH-Fogarty International.

Dr. Concepcion is also a pioneer in moving marine natural products drug discovery forward by addressing the issues of marine bioprospecting agreements. She strived hard and succeeded in having the first Commercial Research Agreements for marine bioprospecting signed under our country‘s bioprospecting regulations (EO 247, Wildlife Act). Recently, her efforts led to the signing of the Memorandum of Understanding for the Conduct of Academic Research (MOU-CAR) between the UP System and the Department of Agriculture. As a member of the Philippine Genome Center team, where she is the Coordinator of the Biodiversity Program, she is working towards completing a draft of the Philippine Genome Center Bill to be filed in Congress.