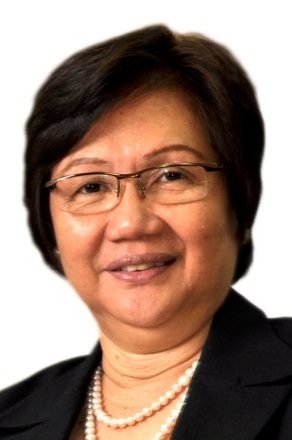 Dr. Merle C. Tan served three terms as the Director of the University of the Philippines National Institute for Science and Mathematics Education Development from 2002 to 2011. Through her leadership, UP NISMED was recognized for its consistent demonstration of quality performance that generated nationwide impact and public interest in science education. The activities undertaken by UP NISMED during her term made UP more visible across the country.

During her stint, Dr. Tan ensured that the Institute’s projects were aligned with its mandate “to be the governments’ arm in research and extension in science and mathematics education” and supportive of the vision-mission that UP NISMED has set for itself.  Dr. Tan conceptualized sustainable and innovative projects/programs that had policy implications and relevance at the national and local levels. She indefatigably promoted these programs, networking with international, national, and local agencies and ensured that UP NISMED is at par with science and mathematics centers, at least in Asia. She organized six national level conferences/seminar workshops and three international level conferences.   Dr. Tan served as Convenor for Science in the K to 12. She was also a writer and a reviewer of the science modules for the DepEd K to 12 Enhanced Curriculum Program as well as the DepEd’s textbooks in High School Chemistry and Integrated Science.  She presented papers in various international conferences and her articles have been published in refereed international and local publications.

Dr. Tan was awarded the 2010 Gawad Chanselor sa Natatanging REPS (or the UP Diliman Chancellor Award for Outstanding Research Extension and Professional Staff). In the same year, the UP College of Education gave her an Outstanding Alumnus Award for Professional Services.

Dr. Tan holds a Doctor of Philosophy in Environmental Science, Master of Arts in Teaching Chemistry, and a Bachelor of Science from the University of the Philippines, Diliman.  She was a recipient of a DOST (formerly NSDB) scholarship.

She served as visiting professor in Hiroshima University, Japan in 2001 and as Academic Adviser of the Hiroshima University Graduate School for International Development and Cooperation, Japan from 2009 up to present. She taught courses in Chemistry Education, Environmental Science, and Science, Technology and Society courses in UP and in other leading private universities.

In 2007-2008, Dr. Tan served as Chair of the CHED Technical Panel for Teacher Education and in 2011-2012, she chaired the International Relations and Polices of the National Research Council of the Philippines, Division 1.  At present, she is the Chair of the Research Group of the Foundation for Upgrading Standards in Education (FUSE).

In 2012, Dr. Tan retired from the government service but she continued her passion for science education.  Agencies such as JICA and UNICEF tapped her services and now she is a JICA consultant on curriculum for science and a UNICEF Education Consultant on Assessment at the Ministry of Education in Bangladesh. When she is in the Philippines, she does some work for the Commission on Climate Change.