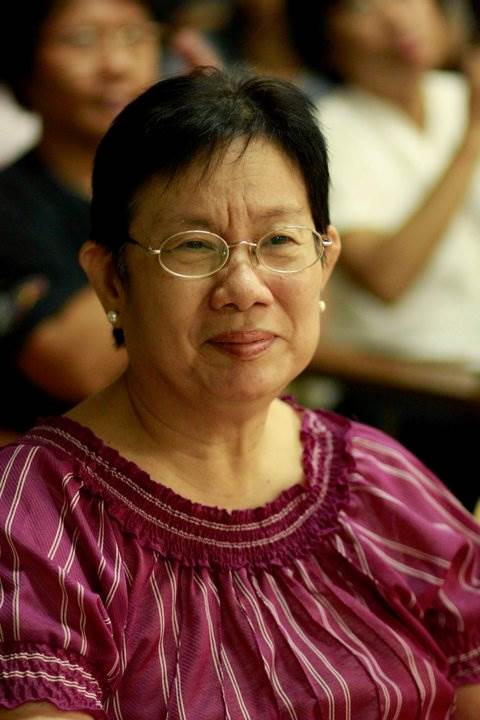 Dr. Elma Llaguno is best known among her students as the quintessential physical chemistry professor who demanded accuracy and elegance in computations and experiments. To her peers and to the Philippine chemistry community,  Elma is the gentle yet effective leader who bridged the interests of the older and younger generations of Philippine chemists.

Elma’s contributions to the Philippine chemistry community started immediately after her arrival from her graduate studies at the University of Illinois in 1974  as part of the “dynamic duo”  with another physical chemist, Dr. Claro T. Lllaguno. They started their careers at De La Salle University,  and later moved on to the University of the Philippines in Diliman. Elma and Claro Llaguno had fruitful teaching, research and administrative careers in both institutions.

Elma and some of her contemporaries pushed for  the unification of  the various chemistry societies via the creation of the Philippine Federation of Chemistry Societies (PFCS) in 1985.  Elma accepted the PFCS presidency in 2000 and provided the leadership that instilled discipline and promoted community building while keeping  traditions alive. The Kapisanang Kimika ng Pilipinas –  Division of Inorganic Chemistry and Allied Fields (KKP – DICAF)  together with the PFCS successfully hosted the 10th Eurasia Conference on Chemical Sciences in Manila on January 2008 under her watch. She also represented chemists from academia in several Commission on Higher Education (CHED) and Department of Science and Technology (DOST) policy-making bodies.

Even with her busy schedule, Elma maintained her balance as a professional, spouse and mother.  She loved her family, made time for them, and raised her children Victor, Marc and Portia well.

The PFCS has honored outstanding chemists with accomplishments in research, education and industry in the past. Today, we honor and thank one of its pillars not just for her accomplishments, but also for her guidance and inspiring leadership.